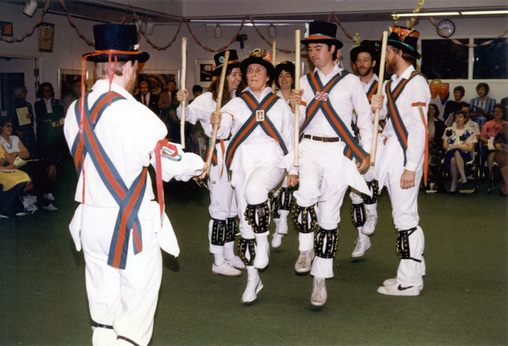 Our History  Our dance group had its beginning as an on-campus dance club begun in 1979 by Prof. David and Catharine Gallop at Trent University. In 1981 the group moved off campus, meeting regularly on Monday nights. The focus in those days was on English Country dance , with music provided by LP's and then cassette tape. In the late '90's the group began the monthly Saturday night series we continue to host, with live music first fronted by David himself. Many dancers were also dancing in Toronto and bringing home contra dances to try. Today our Saturday programs are a mix of English, traditional and contra dances.

David and sometimes Catherine were our only teachers/callers in our early days. They saw the advantage of multiple callers and they trained some of their dancers to assist and then take-over. We continue the practice of house callers, and a house band, now under the capable direction of Linda Clark.

Over the years we have had a display group, several workshop series, a Morris mixed-side (“Backwoods Morris”), and special spring or fall weekends. In 1987 we hosted the “Peterborough Assembly”, a full week of dance in late June.  In addition, under the leadership of David and Catharine, we produced seven music & dance theatrical shows  in the 1980's and 1990's  (see list below) . Workshops (“Strictly English”) continue sporadically. 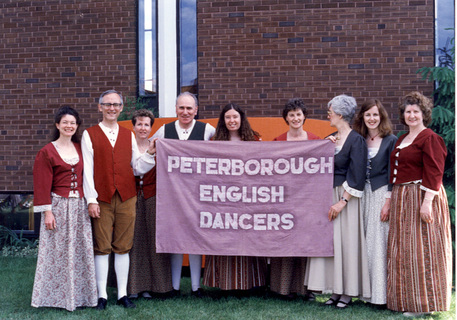 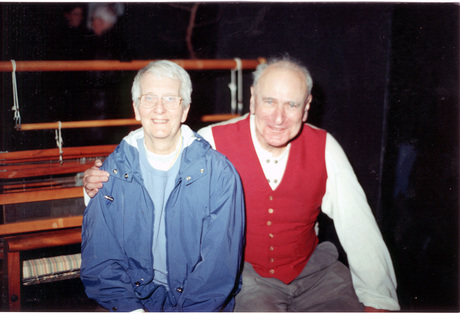